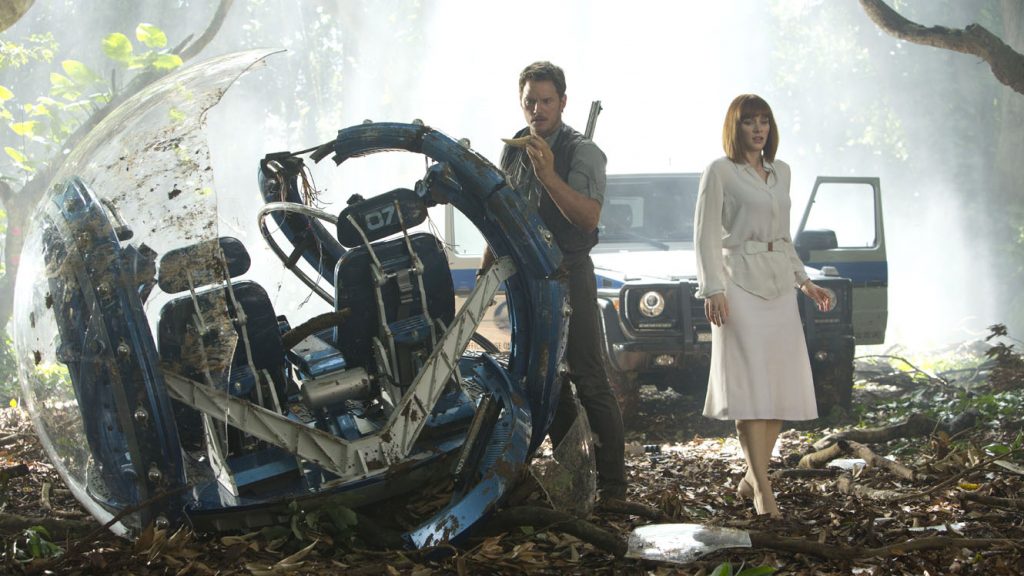 The juggernaut movie, Jurassic World is the pure popcorn escapism that summer movie goers crave. With its highest grossing worldwide box office opening of all-time, genetically refined dinosaurs have returned once more from extinction. While Steven Spielberg and co-stars Chris Pratt and Bryce Dallas Howard capture our imagination and need for reengineered, teeth, and ferocious creatures from our distant past, businesses can learn three tantalizing bits for success today.

1) Bigger is Not Necessarily Better
Focus groups, dwindling attendance figures, and declining sales may point to creating bigger, more extraordinary and far reaching ideas. Faced with this situation at the park, Claire (Bryce Dallas Howard), along with Jurassic World scientists decide that “no one is impressed by a dinosaur anymore”. In response, they create Indominus Rex, a crafty, freedom bound creature that terminates everyone in her path. In business, resources and time are limited, so developing extreme, larger, and more expensive campaigns may not be the answer. Find out what is working and what quick hits you can optimize. Bold, yet smaller scale ideas can often do the trick rather than resource gobbling, time intensive campaigns that can derail or kill your business.

2) Trust Daily Feedings
Once one of the most terrifying creatures in the Jurassic World series, Velociraptors are now shown that they can be trained by the dinosaur maverick Owen (Chris Pratt). Daily feedings, training, and a whispering voice show that bond between man and Velociraptor is possible. Owen demonstrates what independent, out of the box thinkers can do to encapsulate, motivate, and train those who may not seem to be training material. Are you feeding your employees with motivation, key communication messages, and clear instructions? Trust and provide your team with daily feedings to inspire and successfully implement your company’s plans.

3) A Touch of Fear is Good
Do you have a fear of being eaten alive by your competition? Use this fear to outwit your business foes. When your own highly territorial “Indominus Rex” lunges for your business, fight with powerful creativity and improvisation. Act. Sometimes you don’t have the luxury of time to think. The enemy is after you. Use those hair raising, spine tingling dire situations to pounce upon the competition your way.
See other business parallels within Jurassic World? Tweet me @circledotmktg.

In this pandemic age, the demand for personal protection equipment (PPE) is off the charts. To be … END_OF_DOCUMENT_TOKEN_TO_BE_REPLACED